Attention-deficit/hyperactivity disorder (ADHD) is a brain disorder marked by an ongoing pattern of inattention and/or hyperactivity-impulsivity that interferes with functioning or development.

There are actually three types of ADHD, and one of them doesn’t include symptoms of impulsive and hyperactive behavior.

ROLE OF OMEGA FATTY ACIDS IN ADHD:
Omega-3 fatty acids are dietary essentials, and are critical to brain development and function. Increasing evidence suggests that a relative lack of omega-3 may contribute to many psychiatric and neurodevelopmental disorders. Theory and experimental evidence support a role for omega-3 in ADHD. Dietary supplementation with fish oils (providing EPA and DHA) alleviates ADHD-related symptoms.

The use of n-3 polyunsaturated fatty acid (PUFA) supplements represents an efficacious treatment for ADHD, with minimal side effects. ADHD may be secondary to essential fatty acid (EFA) deficiency because children with ADHD more often present symptoms suggestive of a deficiency in n-3 PUFA, such as polydipsia, polyuria and eczema Some studies have suggested that children with ADHD have an abnormal PUFA profile and, in particular, a decrease in the plasma concentration of arachidonic acid, docosahexaenoic acid (DHA) and eicosapentaenoic acid (EPA). Depletion of EFA may impact the brain, which contains the highest lipid content and requires n-3 PUFA for development, intercommunication and function; DHA plays a crucial role in brain development whereas EPA is important mostly for function.

ROLE OF VITAMINS IN ADHD:
Vitamins assists in ADHD with following functions:

Autism, or autism spectrum disorder, refers to a range of conditions characterized by challenges with social skills, repetitive behaviors, speech and nonverbal communication, as well as by unique strengths and differences.

Autism is a lifelong problem with a number of possible causes, including but not limited to:

A primary function of essential fatty acids like DHA, GLA and EPA is the production of prostaglandins, which regulate inflammation and play a role in immune function by encouraging the body to fight infection. Essential fatty acids are also needed for proper growth in children. It is essential to the growth and functional development of the human brain. Omega-3 fatty acids are also known to exert an anti-inflammatory effect . 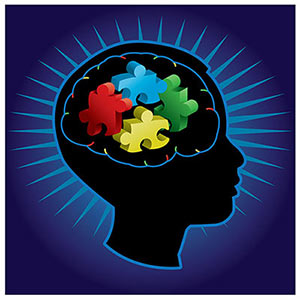 Role of Vitamins In Autism:

Dr. John Cannell of the Vitamin D Council published a 2008 paper establishing a link between low vitamin D levels and an increased prevalence of autism. In the paper, Cannell associates the rise in the prevalence of autism with increasing medical advice to avoid exposure to the sun in order to reduce skin cancer. Cannell notes that autism is more common in areas of low sunlight, such as northern parts of the country, urban communities, places with significant air pollution, and rainy regions. Several studies support these findings, including a recent Swedish study that found higher rates of autism in babies born in winter than in summer.Therefore low vitamin D is associated with neurodevelopmental disorders.

Cerebral Palsy is a neurological disorder caused by a non-progressive brain injury or malformation that occurs while the child’s brain is under development. Cerebral Palsy primarily affects body movement and muscle coordination.

Types :There are four types of cerebral palsy: Spastic, athetoid-dyskinetic, ataxic, and hypotonic.

Spastic cerebral palsy
It involves cognitive deficits. Walking and talking will be difficult. Seizures may occur.

Ataxic cerebral palsy
Balance and coordination are most affected. Tasks that need fine motor skills will be difficult, such as tying shoelaces, buttoning up shirts, and cutting with scissors. 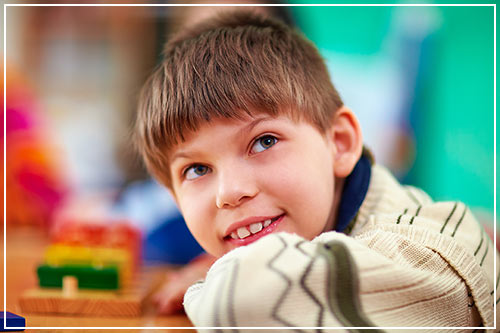 The damaged brain sites in cerebral palsy shows progressive improvement in response to omega-3 fatty acids upon daily supplement throughout 6 months to one year. Omega- 3 fatty acids is valuable therapy for children with various forms of cerebral palsy. The greatest improvement in speech and motor development occurs in treated children with omega- 3 fatty acids.
Omega-3 fatty acids is crucial for normal brain development and function. Similarly, another study found that maternal fish consumption during the entire course of pregnancy was associated with a lower risk of cerebral palsy, a debilitating neurological condition, in the offspring.

Role of Vitamins In Cerebral Palsy:

Adequate vitamin D levels are essential for normal skeletal development and mineralization. This is particularly important in children with cerebral palsy or other neuromuscular disorders who are at an increased risk of osteoporosis Vitamin D is an important fat-soluble vitamin that promotes bone mineralization, enhances the immune system, and works as a neurohormone to stimulate proper brain development.